ABOUT THE LECTURE
Human communication, even in one language, always comes with the proviso that we understand and are understood much less than we hope. If language barriers make this challenge even greater, how do people the world over still manage to talk to each other? Translation, as any practitioner will attest, is as much about cultural mediation as it is about finding the right words and putting them in more or less the right order. That is one of the central ideas explored in my recent book, Dancing on Ropes: Translators and the Balance of History. 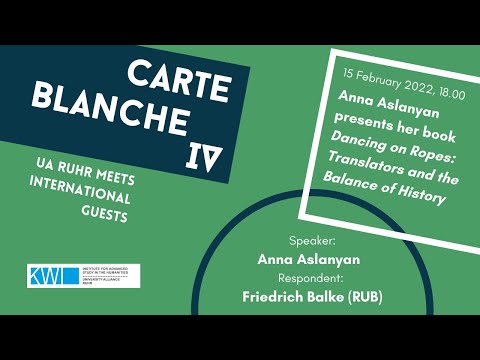