Martin Fuller gave his talk „How to make your floor disappear: On the production of space in a Berlin Baugruppe“ on 24 May 2022 at KWI. The event in the series „Making a Home: Zur Herstellung von Häuslichkeit“ was moderated by Hanna Engelmeier (KWI).

ABOUT THE TALK
Long ago Henri Lefebvre quipped that housing is activity, something we do, rather than something we merely inhabit. Three years of following a Baugruppe as they planned, built, inhabited and dwelled their new building shows the significance of this shift in thinking about home and house. This talk focuses on the ways that domestic space is produced and reproduced as inhabitants seek to feel at home: a goal that seems to become more and more elusive the more one plans it. 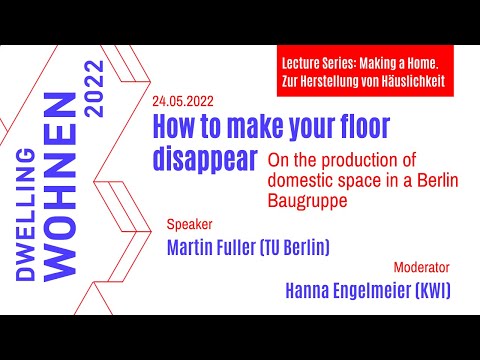