In August, Duke University Press published a special issue of the journal boundary 2 titled “The Legacies of the Spanish Crisis,” which was edited by KWI International Fellow Bécquer Seguín. The issue examines the political and cultural repercussions of Spain’s decade-long financial crisis ten years after the eruption of the indignados movement in the summer of 2011.

Bringing together established and emerging scholars of contemporary Spain, the nine essays in the issue take stock of how the global financial crisis has transformed different facets of Spanish culture, including literature, cinema, feminism, and party politics. As such, the volume serves a dual purpose: as a primer on contemporary Spain for scholars who only know about the country from what appears in the international media, as well as a significant contribution to the growing body of scholarship on Spain after the Great Recession.

The introduction to the volume is available for free here, as well as a critical short story by Luis Moreno-Caballud, titled “If We Don’t Tell It, They Will Tell Us.” 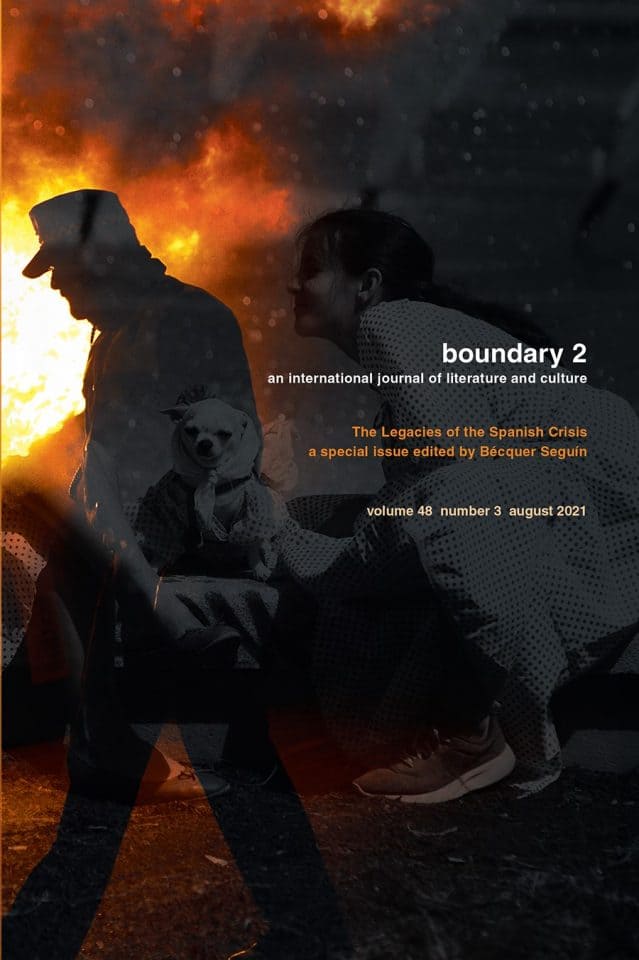