On both sides of the Atlantic, drug use is a highly contested issue in urban public space. During this roundtable, participants will discuss and analyze the medical, political, and spatial aspects of governing intoxicating substances in New York, Berlin, Amsterdam, and beyond. How have conflicts around public drug use impacted the social and cultural fabric of cities in the late 20th and early 21st centuries? How are urban policies intertwined with addiction treatment and police interventions of contested sites?

For this roundtable, experts will come together from the US and Europe, to explore the ways in which particular user groups (such as ethnic minorities) have been targeted or treated differently, and assess the impact of drug policy strategies on the well-being of users. Are there noticeable differences or similarities between US and European strategies and approaches? Furthermore, what kind of opposition and activism have they generated? How does the governance of drug use play into forms of urban exclusion, marginalization, and integration – particularly in relation to issues of gender, class, race, and disability?

ABOUT THE NARCOTIC CITY EVENT SERIES AT 1014

This event is part of the Narcotic City Event Series at 1014 which explores the discourses, imaginaries, practices, and consequences of public drug use from the 1970s until the present with a focus on American and European cities. Across three evening roundtables, cultures of drug consumption are interwoven into public spaces, everyday lives, and public memories of cities will be addressed, bringing together expert activists, scholars, and workers on public health, narcotic cultures, and archival politics from the US, Germany, Denmark, and the Netherlands.

During the evening events, 1014 will also present part of the Narcotic City Archive – the first interactive archive to collect and preserve the material and immaterial heritage of narcotic use and governance in the 20th and 21st centuries. Since its launch in 2021, this innovative resource fosters knowledge, visibility, and engagement between researchers, activists, users, and a wider public.

Further information on the entire event series can be found here. 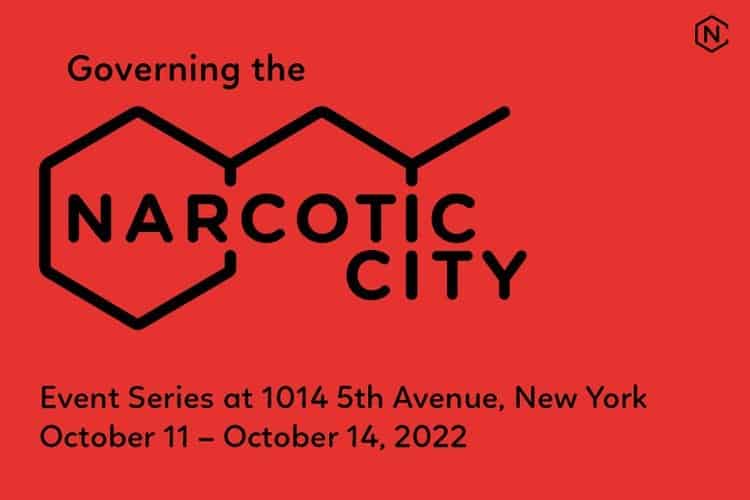 REGISTRATION
Register to participate in person here. The roundtable format will allow the audience and panelists to exchange ideas and experiences in an informal setting – sitting around a large table. The events are limited to 40 participants.

ORGANISATION
The series is organized by the international research project “Governing the Narcotic City” together with 1014, KWI and with support from The Humanities in the European Research Area (HERA) program.