The new summer term 2021 has just started and with it a new lecture series as part of our internal “ColloKWIum”. The ColloKWIum provides a platform to present and discuss ongoing as well as emerging research projects. It does not solely address research projects from within the KWI but is also open to guest lectures that tie in with the KWI’s research agenda.

This summer, we are looking forward to lectures by Jacob Birken (Universität zu Köln / Hochschule Düsseldorf), Timo Luks (Justus-Liebig-Universität Gießen), Il-Tschung Lim (KWI Research Fellow), Mira Siegelberg (University of Cambridge) as well as Thyssen@KWI Fellow Chiara Salari, KWI International Fellows Péter Kristóf Makai and Bécquer Seguín. On Wednesday the 21st of April, Jacob Birken is going to kick off the ColloKWIum with his lecture “On Some Proceedings for Rationally Forming Characters” that will explore “US Utopian Communities 1825-1845 and the Advent of Social Engineering”.

An overview of the upcoming ColloKWIum lectures can be found here.

Note: The ColloKWIum is open to members of the University Alliance Ruhr (UA Ruhr). The majority of the lectures is going to be in English, with the exception of Timo Luks’ and Il-Tschung Lim’s lecture. 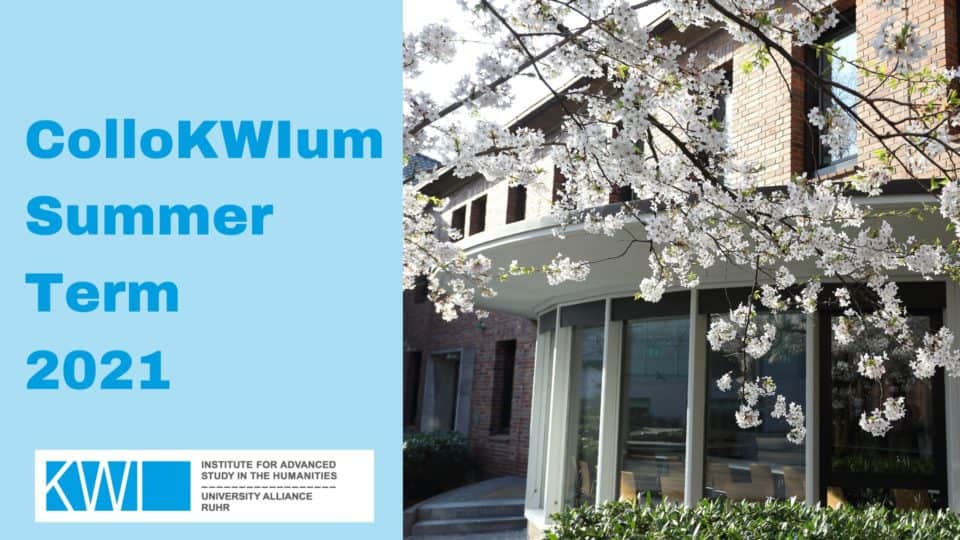