**SINCE 01.07.2019 THE TEAM OF DR. STEVEN ENGLER RESEARCHES AT THE FACULTY OF GEOSCIENCES OF THE RUHR UNIVERSITY BOCHUM.**

A project of the virtual institute „Transformation – Energiewende NRW“

There are trends which one may follow if one desires; they pass and wait quiescently for their revival. Apart from these short lived vogues, though, societal Megatrends exist – and following them is not optional. They affect the lives of the majority of people on earth and have the potential to permanently change our world. Globalization, growing urbanization, demographic change, rising cultural and social disparities, the requirements of an ever changing work environment – affected, among other things, by increasing levels of digitalization – shape societies across all spatial borders, economic sectors and generations. Intersectoral topics such as these aren’t only relevant for the political sphere; they are also of great importance for how private individuals live their lives. Furthermore, they have lasting effects in terms of how commodities are produced and distributed. The large-scale project of the energy transition also is one such intersectoral topic. However, it is not a trend per-se, but rather a politically codified goal requiring cross-sector action by individuals, politics and the economy if it is to succeed.

Thus, it is essential to explore what characterizes a megatrend, which megatrends are relevant – especially in North-Rhine-Westphalia – and which positive or negative effects on the large-scale project of the energy transition may potentially appear in the present, or at any point in the future. The necessity for research is evident when looking at the frictions of some megatrends in conjunction with the goals of the energy-transition: digitalization, for example, may be a key component for optimizing energy-infrastructures as well as accelerating the energy-transition (e.g. ‘Smart Energy’) while at the same time consuming vast amounts of electricity and resources. Then again, the energy-transition in turn influences global megatrends (e.g. E-Mobility). Consequently a reciprocal dependency arises.

Many new questions and research topics emerge from the various interdependencies between megatrends and the energy transition.

The Wuppertal Institute and KWI will systematically analyze the reciprocal dependencies between global megatrends and the energy transition by taking into account the central questions above. 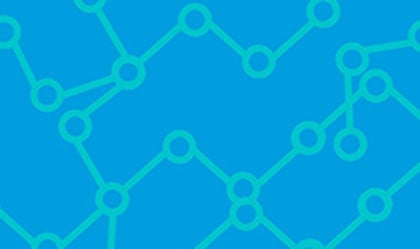