Historian of visual media Emily Doucet dedicated her time at KWI to a new project, examining the relationship between the postal service and the development of new photographic formats in the late nineteenth and early twentieth centuries. Regarding her stay in Essen, she remarks: “I arrived at the KWI in great need of intellectual respite and found it in spades, through the generous gift of time and space to think and read as well as many an excellent conversation. These conversations jump from workshop to dinner with ease, a mark of the kindness and generosity of all members of the KWI—a community I am truly grateful to be a part of.”

At KWI, Péter Kristóf Makai investigated the intermedial connections between theme parks as multimodal sites of leisure, and their intermedial adaptations to computer and board games.  “I am incredibly grateful to have been a part of this great adventure and the nurturing community of scholars at the KWI, who have made my time at the institute brighter and more cheerful. Also, a massive thank you for the good people at the KWI, the movers and shakers who have established a centre of learning that serves as a haven for scholars and scholars-at-risk all over the globe.”

Bécquer Seguín, Assistant Professor of Iberian Studies at Johns Hopkins University, used his time at KWI to write his first book, The Op-Ed Novel: Spain and the Politics of Literary Persuasion (under contract with Harvard University Press). “When I arrived at the KWI, I thought I understood what interdisciplinarity meant. I didn’t—but now, having had such an enriching intellectual experience, I can finally begin to incorporate an array of new methodologies and fields into my scholarship.”

Art historian Chiara Salari was integrated into the fellowship programme through the Thyssen@KWI grant awarded by the Fritz Thyssen Foundation. She devoted her time at KWI to writing a book based on part of her doctoral thesis, expanding the study of the relations between landscape photographic representations, cultural identities and environmental issues. Salari summarizes her time as a Thyssen@KWI fellow as follows: “I spent a wonderful time at KWI and my research benefited from the extremely inspiring interdisciplinary environment and excellent working conditions. All my thanks to the great people and very kind team, the brilliant researchers and my international fellow colleagues for making this experience so enriching.” 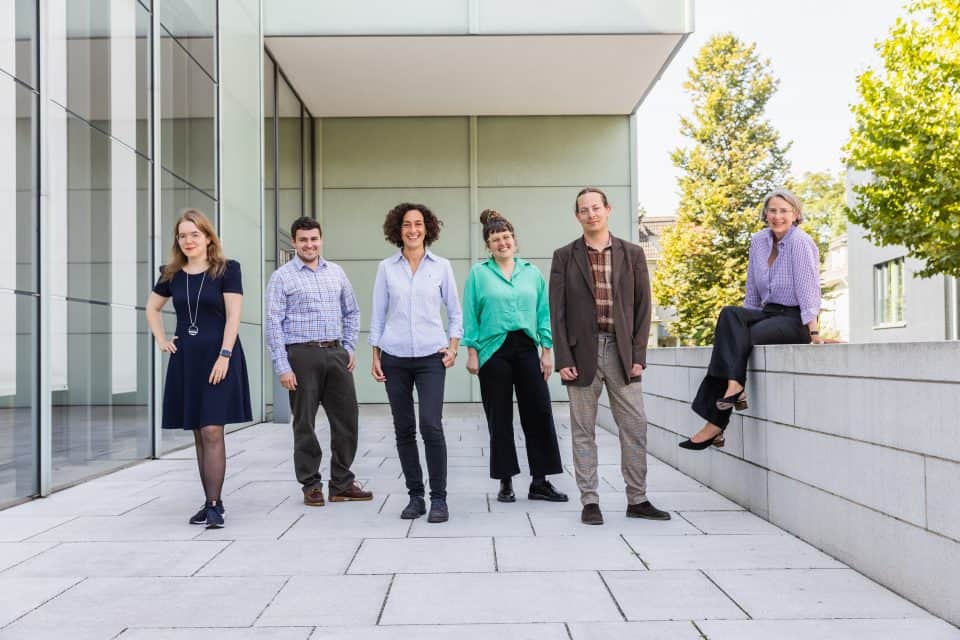