The Institute for Advanced Study in the Humanities (KWI) welcomes a new cohort of international guests: Three new fellows will pursue their research projects this autumn/winter at KWI: Petr Gibas (Czech Republic) and Azadeh Fatehrad (United Kingdom) will join us as new KWI International Fellows. Their predecessors, Emily Doucet, Péter Kristóf Makai, Bécquer Seguín, and Thyssen@KWI Fellow Chiara Salari, will be leaving after six months of fellowship at KWI. Regina Karl (United States) will be the next Thyssen@KWI Fellow funded by the Fritz Thyssen Foundation.

Petr Gibas is an anthropologist and cultural geographer based out of the Institute of Sociology, Czech Academy of Sciences. At KWI, he will devote his time to a project titled “Post-anthropocentric landscape: reflections on/of de-industrialization”, finalizing a manuscript based on a long-term research of post-socialist, (post)industrial spaces.  This project aims to chart paths towards a novel understanding of post-anthropocentric landscape at the intersection of cultural studies, anthropology and geography.

Azadeh Fatehrad is an artist and curator based in London who has received her practice-based PhD from the Royal College of Art (2016). Her project “The Politics of Aesthetics: Verbal and Non-Verbal Communication in Artistic Research” is designed to rethink the relationship between text and image. The aim is to find an alternative mood to articulate artistic research today, to reflect on particular descriptive or illustrative elements of visual depictions and to explore the interpretations of their meanings in a non-binary context.

Regina Karl is an assistant professor of German Studies and Cinema Studies at Rutgers University. As a Thyssen@KWI Fellow, Regina will work on her book manuscript “Manipulations. The Hand as Symbol and Symptom in the Arts after 1900”, examining the manifold ways in which the hand emerges in literature and the visual arts in early modernism. In addition, Regina is currently developing a research project engaging with the socio-political implications of contemporary European cinema and literature.

KWI International Fellowships are awarded for six months to excellent researchers from the humanities, cultural studies and social sciences. The Thyssen@KWI Fellowship, financed by the Fritz Thyssen Foundation, is integrated into the international fellowship programme and reaches out to excellent researchers of all nationalities. Both fellowship programmes were established in 2020. The next call for applications will follow shortly. 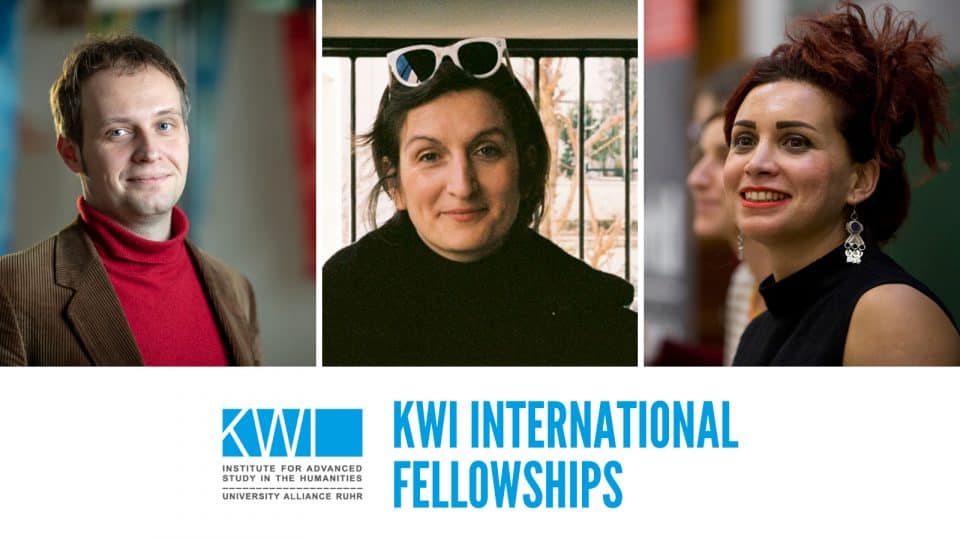