Over the course of the last four decades, video games have blossomed into a main feature of contemporary popular culture with millions of players around the globe. The development and sale of video games has become a multi-billion dollar industry. Similarly, the study of video games has moved from the unassuming pages of (analog and digital) fan sites to major journalistic sites and academic journals. As an interdisciplinary field, Video Game Studies draws from numerous disciplines. Although American Studies has also productively engaged with the phenomenon, the study of video games continues to occupy a fringe position within the field. In its critical engagement with video games, the conference hopes to contribute to and expand current debates with a thematic focus on a topic central to American Studies: spatiality. Contributions to the conference will bring the rich theoretical repertoire of the study of space in American Studies into conversation with questions about the production, representation, and experience of space in video games.

The conference is open to interested scholars and the general public free of charge. 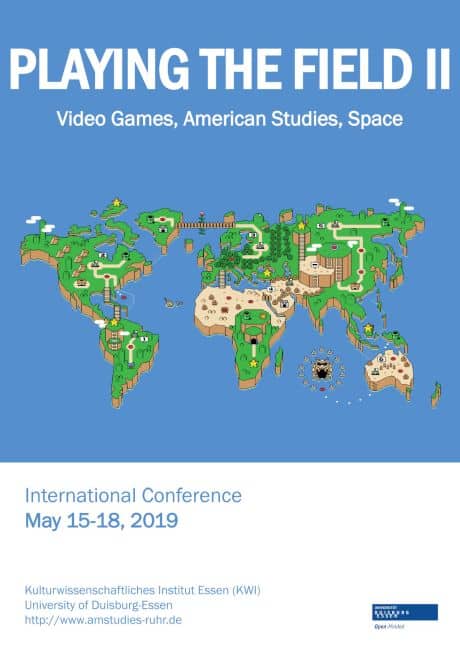