Religiously and politically motivated iconoclasms are a cultural-historical phenomenon with a centuries-old tradition. Hardly any culture that has invented images as insignia of its symbolic order, whose members have expressed their self-image, identity, interests in and through images, has not also experienced hostile attacks on its pictorial symbols. In contemporary cultures with societies that see themselves as enlightened, tolerant and liberal towards others, acts of image destruction should actually be considered obsolete. The opposite is the case: Current iconoclasms are not only – as for instance in the Middle East – directed against contemporary pluralism and its representatives; even in pluralistically structured contemporary societies, iconoclasms can break out again at any time with new violence – think of the dispute over the dismantling and destruction of civil war memorials in the southern states of the USA, which has been described as ‘American iconoclasm.’

In the 21st century, global political conflicts are not solely conducted militarily. Where warlike conflicts are to be avoided, monument collapses, the desecration of images and the violent destruction of cultural heritage take center stage. Where terrorists ignite violent clashes, the destruction of world heritage sites is considered a triumph that is particularly effective for the media, as ISIS demonstrated in Syria and Iraq in 2017. Iconoclastic actions have become the (image-)war-fueling dynamite in the public and media arena of political, religious, national and identitary conflicts.

The workshop aims to analyze the return of iconoclasms in the present under four main topics: I Staging strategies and forms of mediation, II Social and geopolitical transformation processes, III Interdependencies between religion and politics, IV Image matter and image magic.

Based on case studies from different regions of the world, these questions will be discussed with experts from the fields of art history, visual communication, ethnology, political and historical science, comparative religious studies, cultural heritage and monument research. 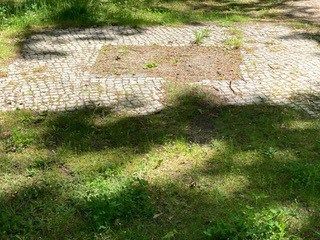 Participation
The workshop will take place online via Zoom. Guests are welcome. Please register until June 30th 2021 via email to emily.beyer@kwi-nrw.de