A new publication of the Horizon2020 project “Norms and Values in the European Migration and Refugee Crisis (NoVaMigra)” takes a closer look at widely read quality newspapers in France, Germany, Poland and Sweden as well as the special case of Hungary where press freedom has been largely dismantled. The Project is led by UDE professor Andreas Niederberger and his team together with Volker Heins at the KWI. Against the backdrop of large and growing differences within the EU with regard to civil liberties, the policy paper aims to identify, compare and contrast media discourses on refugee and immigration policies across a range of EU Member States. These discourses have to be understood in the context of specific national histories and imaginaries. The report shows that quality newspapers are a bulwark against far‐right populism and crucial contributors to the strengthening of pro‐immigration attitudes in accordance with the core values of the EU. 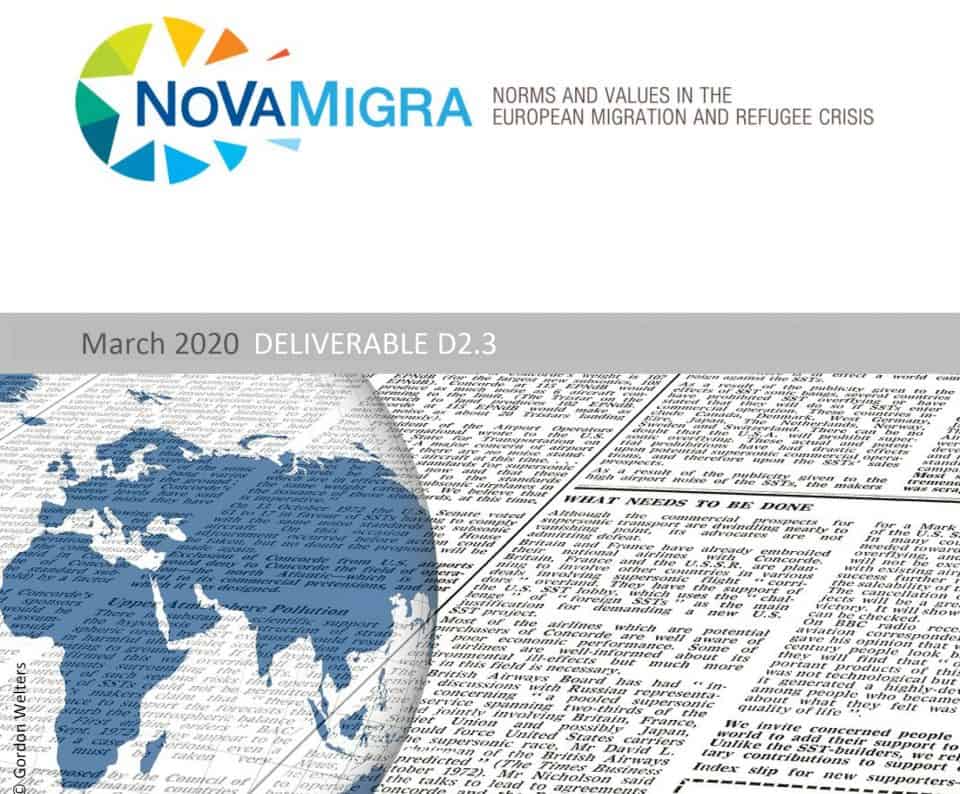