When Words Are not Enough
Human communication, even in one language, always comes with the proviso that we understand and are understood much less than we hope. If language barriers make this challenge even greater, how do people the world over still manage to talk to each other? Translation, as any practitioner will attest, is as much about cultural mediation as it is about finding the right words and putting them in more or less the right order. That is one of the central ideas explored in my recent book, Dancing on Ropes: Translators and the Balance of History.

About „Dancing on Ropes: Translators and the Balance of History“ (Profile Books 2021)

Anna Aslanyan is a journalist and translator working from Russian. She writes for the Times Literary Supplement, the Guardian and other publications. Her popular history of translation, Dancing on Ropes: Translators and the Balance of History, is out with Profile Books.

FRIEDRICH BALKE is Professor of Media Studies at the Ruhr-University of Bochum, with a special emphasis on the theory, history, and aesthetics of visual representation. He is the spokesperson of the Research Training Group “Documentary Practices. Excess and Privation,” funded by the German Research Foundation (DFG). His areas of teaching and research focus on the cultural history of political sovereignty and modern biopolitics, the history and theory of mimetic practices, and media philology. His books include Figuren der Souveränität (Fink, 2009), Mimesis zur Einführung (Junius, 2018) and (with Rupert Gaderer) Medienphilologie. Konturen eines Paradigmas (Wallstein, 2017). Recent publications among others are “‘Speaking-For’ and the Lack of Representation: Advocacy in Hobbes and Rousseau”, Law & Literature (2020) and “Seasteading. Poststaatliche Gründungsszenarien auf dem Meer”, in Roland Borgards et al. (eds.), Die Zukunft der Inseln. Passagen zwischen Literatur und Wissenschaft (2020). Friedrich Balke is currently working on a book on „The Documentary in Light of Kant’s Critique of Judgment“. 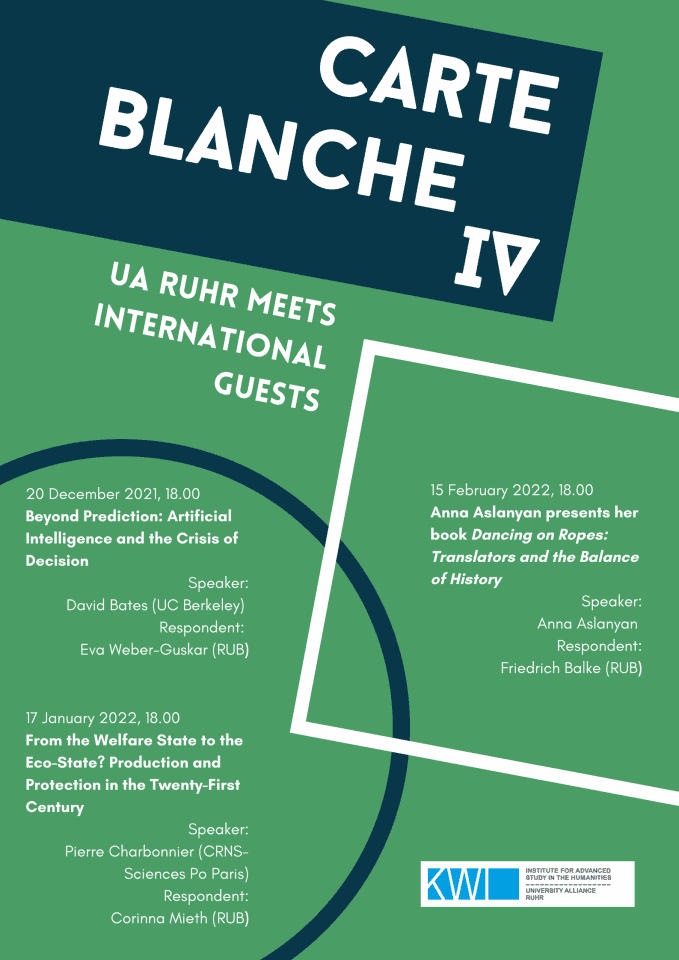