The welfare state is an heir to the pact between political emancipation and economic growth that was forged in the age of Enlightenment. In the specific historical conjuncture of the post-war period, the new frontier of science and productivity has been integral to a form of capitalism that was both partly democratised and increasingly dependent on fossil infrastructures. This configuration raises the question of the relationship between social justice, growth regimes and the Anthropocene. Indeed, we are now forced to question the sustainability of forms of social protection that depend on productivity policies. For political philosophy, this is an important turning point insofar as the question of “the environment” spills over into the organisation of work, risk management, planetary limits, and the discipline of capital.

Pierre Charbonnier is a philosopher and research fellow at the Centre national de recherche scientifique (CNRS) in Paris as well as at Sciences Po’s Centre d’études européennes et de politique comparée. He specialises in the history, epistemology and forms of power associated with the government of nature in modern societies. His work has initially focused on the history of social anthropology and the critiques of the nature-society dualism that structures classical sociological rationality. He then investigated the historical relationship between the gradual self-assertion of political autonomy in modern Europe and the transformations of the underlying material base in these societies. This work, which constituted his habilitation, has appeared in French under the title Abondance et liberté. Une histoire environnementale des idées politiques (La Découverte, 2020). The German edition Überfluss und Freiheit. Eine ökologische Geschichte der politischen Ideen will be published by Fischer in May 2022.

Corinna Mieth is professor of practical philosophy and philosophy of law at the Ruhr-University of Bochum (Germany) since 2010. She completed her PhD at the University of Tübingen in 2002 and her habilitation at the University of Bonn in 2009. From September 2020 to June 2021, she was a fellow at the Wissenschaftskolleg zu Berlin (WIKO). From 2012 to 2020 she was a member of the Board of Directors of the Institute for Advanced Study in the Humanities in Essen (Germany). In 2011 she co-initiated the international and interdisciplinary master’s programme “Ethics – Economics, Law, and Politics” at the Ruhr-University of Bochum. Her philosophical research is focused on moral philosophy, political philosophy, philosophy of law, ethics and aesthetics. Her main areas of specialisation are Kant’s moral philosophy, John Rawls, positive duties, human rights and human dignity, global justice, consumer ethics and political utopianism. 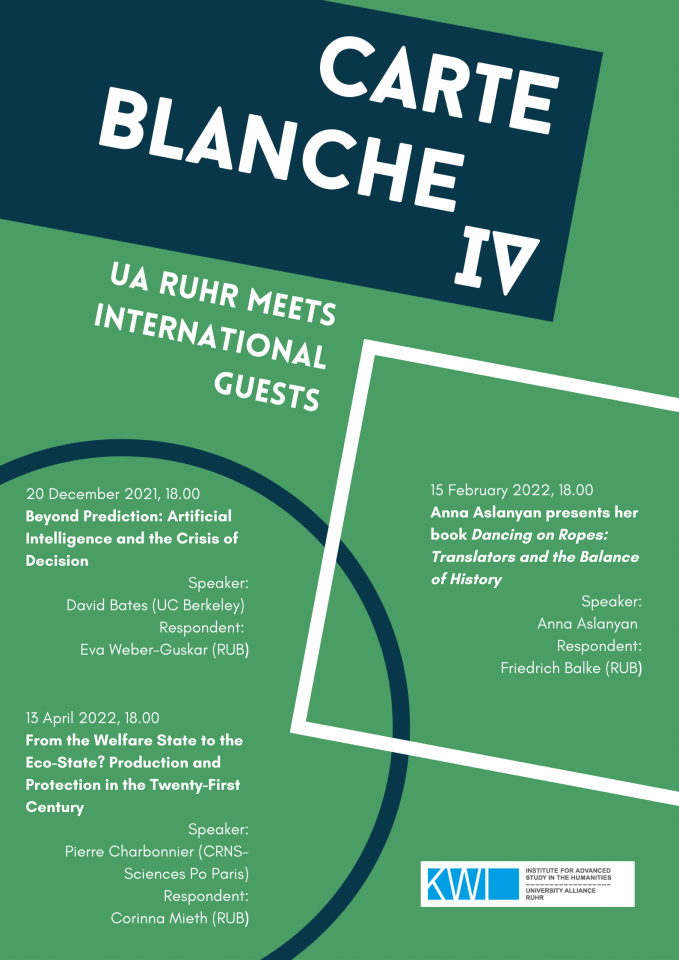