The Institute for Advanced Study in the Humanities (KWI) is joined by a new cohort of international guests. The fellows of the fifth cohort will be in Essen from October 2022 until the end of March 2023. Simultaneously, we are wishing farewell to our fellows of the last cohort, Avril Tynan, Gregory Jones-Katz, Kathrin Yacavone, Kasey Henricks, Tilo Reifenstein, Irit Kornblit and Weronika Kobylinska.

We are highly encouraging collaborations between the fellows and members of the UA Ruhr universities. For any contact requests or further information, please contact Dr Ricarda Menn (ricarda.menn@kwi-nrw.de).

Dr. Tim Altenhof is an architect and university assistant in architectural theory at the University of Innsbruck. His research investigates how medical, scientific and cultural discourses on air and a heightened awareness about the function of the human lungs inflected modern architecture and its historiography. During his fellowship, Tim will finish his current book manuscript titled Breathing Space.

Dr. des Kris Decker / Has a background in Science Studies / Conducts fieldwork in the borderlands of science and the arts / Did a dissertation on the day-to-day work of climate scientists / While at KWI, will delve into materials from activism and the arts to study the public life of climate issues / Recently published: Machines under Pressure (Vexer, 2022).

Dr. des L. Sasha Gora is a cultural historian and writer with a focus on food history and contemporary art. In 2020 she received a PhD from Ludwig Maximilian University of Munich and the Rachel Carson Center on the subject of Indigenous restaurants in Canada. As a KWI international fellow, she will work on her second book project about the culinary lives of codfish and their connections to environmental change.

Dr. Alexandra Irimia holds a PhD in Philology from the University of Bucharest, where she had previously studied Comparative Literature, French, and Political Science. Her project investigates representations of officialdom and the portrayal of clerks in literary and cinematic narratives on bureaucratic themes (1950-2000).

Dr. Sandra Janßen is a researcher in comparative literature and in the history of science. Her research is concerned with the history of subjectivity as it is constituted by the convergence of different fields of knowledge. As Thyssen@KWI Fellow, Sandra Janßen will be finishing a book project that constellates psychology, political theory, and literature from the 1930s and 1940s around the figure of a ‘totalitarian subject.’

Dr. Verena Kick is an Assistant Professor of German at Georgetown University. Her scholarship encompasses 20th-century German modernism, film, and Digital Humanities. During her time at the KWI, she will focus on her book project, Weimar Germany’s Counter Publics – Workers, Soldiers, and Women in Weimar Photobooks, which showcases how the genre of the photobook casts certain social groups as counter publics.

Dr. Marissa Petrou is Assistant Professor of History. She received her PhD from UCLA, with a focus on visual culture in the history of science, medicine, & technology. At KWI, Marissa will work on her book project, Collecting Asia-Pacific: Museums, “Race,” and the Anthropological Sciences in Imperial Germany.

Detailed information about the researchers and their research interests, pictures, and CVs can be found on the KWI homepage.

KWI International Fellowships are awarded for six months to excellent researchers from the humanities, cultural studies and social sciences. The Thyssen@KWI Fellowship, financed by the Fritz Thyssen Foundation, is integrated into the international fellowship programme and reaches out to excellent researchers of all nationalities. Both fellowship programmes were established in 2020. The next call for applications will follow shortly. 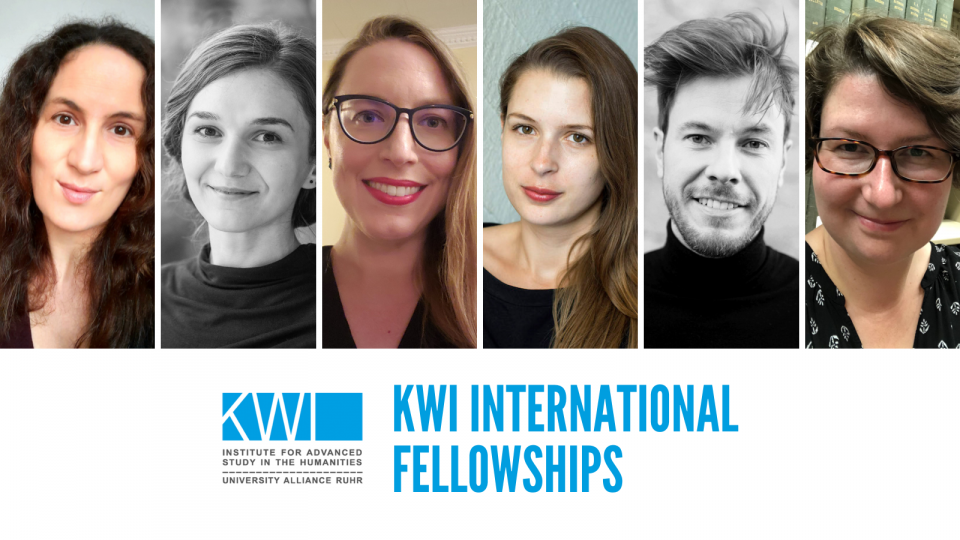